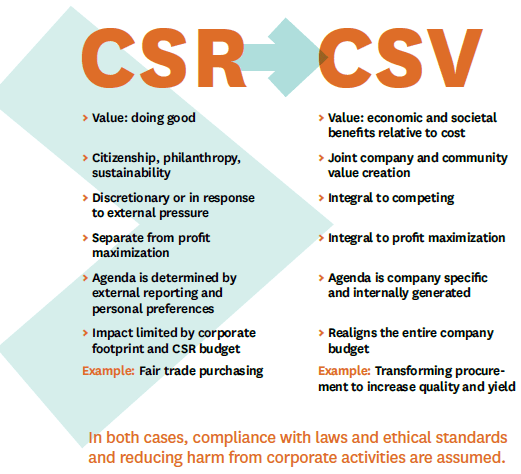 Perhaps the best Indian example of a company that illustrates CSV is ITC’s Agro Business Division (ABD). Once a fledgling division on the verge of being shutdown, its pioneering eChoupal initiative has been critical to its reinvention and now drives 17% of the company’s overall revenue.

On a related note, you might be interested in perusing the CSR Ratings of the largest 500 public Indian companies.